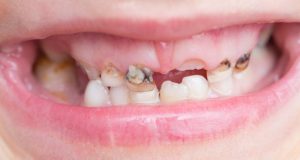 ATLANTA, USA: Although the overall prevalence of dental caries has declined in the U.S. over the past decades, a recently published report by the Centers for Disease Control and Prevention indicates that caries in schoolchildren and adolescents prevails and that a considerable number have not received appropriate treatment. In addition, the report shows that disparities between different ethnic groups persist in the country.

Using data from the National Health and Nutrition Examination Survey, CDC researchers found that about 37 percent of children aged 2–8 had dental caries in primary teeth in the period from 2011 to 2012, and 14 percent of those had untreated tooth decay. While less than a third of non-Hispanic white children (31 percent) had untreated dental caries, the number was significantly higher in Hispanics (46 percent) and non-Hispanic black children (44 percent).

The percentage of children suffering from untreated dental caries was lower in those aged 6–11 (6 percent), but the ethnic differences remained. The prevalence of untreated teeth was higher in Hispanic children (9 percent) compared with non-Hispanic white children (4 percent).

The report, titled “Dental Caries and Sealant Prevalence in Children and Adolescents in the United States, 2011–2012,” was published in the March Data Brief of the National Center for Health Statistics. NCHS Data Briefs are statistical publications that provide information about current public health topics in a straightforward format.